Repel Water From Plastic Screens – After years of successfully repelling water from glass windscreens, Rain-X has now developed a special product that will do the same for plastic surfaces, including helmet visors and goggles.
Rain-X Plastic Repellent, which has just been launched in New Zealand, works exactly like its glass cousin to remove water and keep the surface cleaner.

“We’ve had lots of requests for such a product from motorcycle riders, boaties and operators of equipment with plastic screens and it’s great that we can now help them out” says Tim Paterson, National Sales Manager of Griffiths Equipment, which distributes Rain-X products in New Zealand.

The glass repellent has become hugely popular among motorists and commercial vehicle drivers for its ability to repel rain and water spray from windscreens, to such an extent that the wipers may not even be required during light showers.

For motorcycle riders, the new Rain-X Plastic Repellent is a huge step forward in safety on wet days. Until now, they had no way of effectively clearing rain and spray from helmet visors and goggles, short of wiping them with their gloves, which can exacerbate the problem by leaving smears.

Mr Paterson explains: “It’s not generally well-known that, like glass, plastic is porous, trapping water and making it more difficult to disperse. Over time you also get a build-up of dirt, grime, oil and other chemicals on the surface of a helmet visor screen, which makes it even more difficult to see, as plain water won’t easily remove it.”

Using a unique water beading technology that repels rain and also spray from other vehicles, the new Rain-X Plastic Repellent causes water to bead up and roll away, taking any dirt, grime, oil and chemicals with it.

Mr Paterson adds that tests carried out on glass screens have shown that the reduction in visibility caused by even moderate amounts of grime have been shown to lower the driver’s reaction times by at least one second and lead to accidents and it is likely that the same would apply to motorcycle riders.

“And if you try and use plain water or ordinary washes you can end up with streaks on the surface, which are very difficult to see through when the headlights from on-coming cars scatter the light at night,” says Mr Paterson. “You really do need the surface to be streak-free.”

Safety is also a major concern for equipment operators whose machines have plastic screens, such as Lexan. Rain-X Plastic Repellent will do a similar job on work sites, in the forest or on agricultural land and will be especially useful in preventing dirt and grime build-up.

And the same applies to boat screens, which are largely plastic. A number of boats don’t have windscreen wipers or they are generally not as effective as those fitted to cars and trucks, so the ability to remove water from the surface is equally important.

It’s not just rain that can be an issue at sea – a major problem is spray from the ocean, which leaves salt residues on the screen. Not only does the salt itself reduce visibility it can also scratch the surface and cause ‘fogging’. Rain-X Plastic Repellent encourages the salt water to bead up and roll away, with much less chance of leaving salt residue.

Available in an easy-to-use trigger spray, Rain X Plastic Water Repellent is applied to the plastic surface with a cloth and rubbed into the exterior, then allowed to dry before buffing with a dry cloth. For best results, a second application is recommended, particularly if the surface has not been cleaned for some time.

It works equally well on home showers fitted with plastic panels to prevent water smears caused by a build-up of soap and scum. 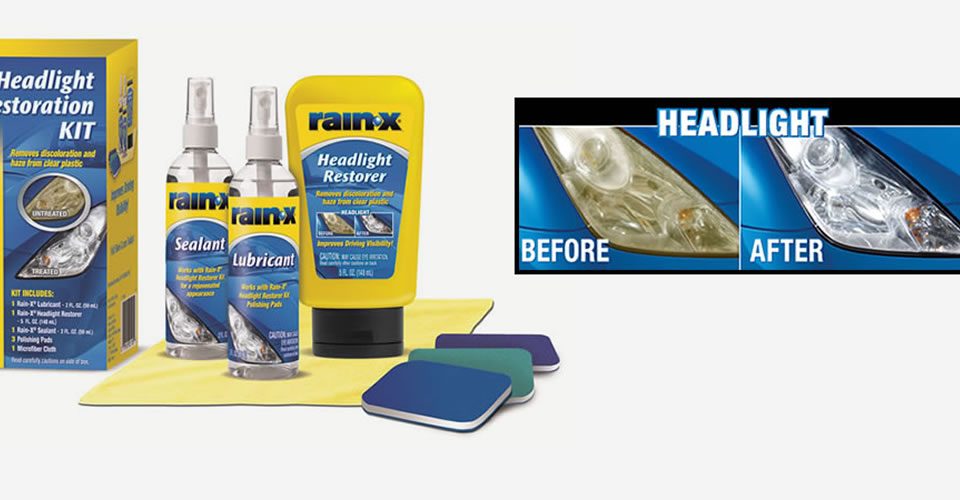