Going off the beaten track means so much more when you can capture memories on your phone or tablet to look back on later……until you realise the battery is flat and there’s nowhere to recharge.

Given the absence of power outlets in the great outdoors of New Zealand, there’s every chance of ending up with a flat battery when away from civilisation for an ended period.

That is unless of course you came equipped with one of the new Projecta Portable Solar Chargers, piggybacking neatly across your rucksack, which have just been released in New Zealand.

Prior to Covid19, such a device proved to be a lifesaver for a group of climbers tackling Mt Everest. Allowing them to keep in contact with each other in case of emergency and snap some photos of their once-in-a-lifetime experience, the climbers depended on their Projecta PP15 solar charger to keep all their mobile phones up and running.

While it’s unlikely that Nepal will be on the list of travel destinations any time soon, there’s always the great outdoors closer to home and a Projecta PP15 solar charger would make a great back-up for those planning a few days away from the comforts of civilisation.

Drawing power from its folding monocrystalline solar cells, the 15W charger features a built-in power bank, which can store power from the sun and continue charging devices when night falls. USB-powered devices such as mobile phones, tablets, cameras, Bluetooth speakers and even drones can be charged directly and simultaneously from the three available USB ports, with a total combined output of up to 2.4A (5V).

The solar charger kit comes with corded loops and carabiners for versatile mounting to tents and backpacks for ideal sun exposure, folding up neatly into an ultra-portable carry case when not in use.

Projecta says that having been tested in the icy, high altitudes of Everest Base Camp, the portable solar charger kit is more-than capable of performing closer to sea level and in typical outdoor locations around New Zealand.

Projecta’s PP15 plays big brother to the PP10, a 10W model that directly charges portable devices without a power bank. The two solar chargers are a part of Projecta’s recently released COMPAC range of personal power devices, aimed at adventurers and those wanting truly off-the-grid power for their portable devices, or simply a peace of mind power solution for emergencies.

Also found in Projecta’s COMPAC range are a pair of power banks, PB5 and PB10, which offer USB-C fast charging and one of the smallest footprints relative to their large capacity (5,000mAh and 10,000mAh respectively). The lightweight and compact power banks are capable of charging 18W laptops, such as the MacBook Pro, plus a wide range of USB-powered devices and can even be charged using one of Projecta’s PP10 or PP15 solar chargers.

The new Projecta PP15 Solar Charger and the rest of the COMPAC range are available from leading automotive outlets throughout New Zealand. 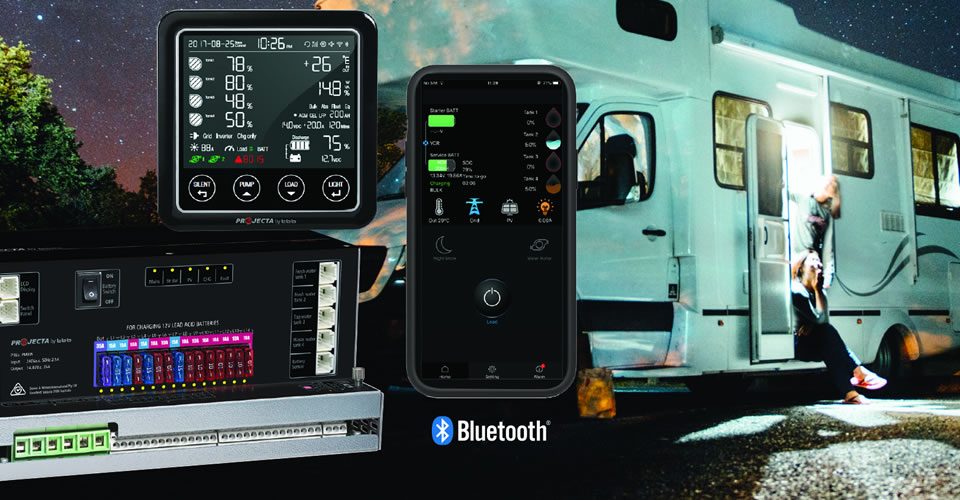